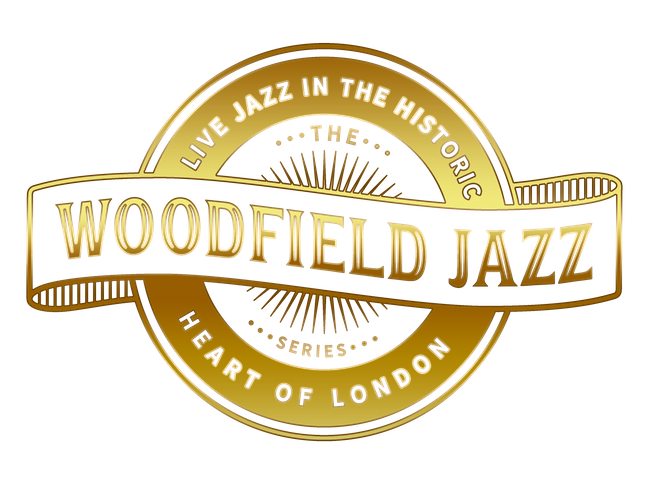 Harmony and humour come together with The Bettys, a jazzy, sassy girl trio whose engaging, high-energy sets cover the decades, from 1920s to modern-day hits. This Toronto based vocal trio escorts their audiences through the decades, bringing close harmony into the modern age. Glammed out in fabulous era-themed attire, Lisette St. Louis, Patty Pedersen and Kayla Ramu get their “sister act” on with inspired arrangements and theatrics that commemorate musical time ... a classy Puttin’ On The Ritz, jitter-bugging Boogie Woogie Bugle Boy or rocking a sultry Dude Looks Like a Lady by Aerosmith.

With a talented four-piece band accompaniment (heck, the drummer tap dances!), the act customizes its musical riffs on jazz, swing, Motown and classic rock for generational appeal. The group debuted on the Toronto music scene in early 2010 and since then, their many performances have been well received by diverse audiences internationally.

With repertoire ranging from the 20’s to the 60’s, what really makes The Bettys stand out is their show stopping re-workings of modern pop songs. Crowd favourites indeed! An evening with The Bettys is sultry, hilarious and unforgettable!

After earning a degree in Classical Music at the University of Western Ontario,
Lisette continued her performance career overseas in South Korea. There she became a well known children’s television performer, studio singer and voice actor. She fronted Jazz bands, Rock bands and co-wrote the musical “Uncle Cookie’s Funny Farm”. After living as an expat for 10 years, it was time to return home. Now residing in Toronto, Canada with her husband and son, Lisette continues to enjoy a successful voice ...

Born and raised in Miramichi, New Brunswick, Patty, aka: “The Hurricane,” has made Toronto her home away from home for the past 16 years. Her love of performing began at age six, where she acted every role of the Wizard of Oz in her parent’s basement. Throughout the years, she has traveled and performed all over Canada, U.S, Australia and Europe., eventually making her way to Big Apple. It was there she studied at New York’s American Musical & Dramatic Academy. Upon graduating, Patty spent the n...

Kalya Ramu is a Classic Jazz vocalist, bandleader and composer born and raised in Toronto, ON. Kalya began her performance career at the age of 12, singing Jazz standards that she learned from her parent’s record collection with a community big band. In high school she joined the Toronto All Star Big Band and toured with the group for three years. Kalya decided to pursue her passion for music and in 2015 she graduated with honors from the Humber College Bachelor of Music Degree Program. That sam...

Ian MacKay is a professional drummer/percussionist based in Toronto, ON. Originally hailing from London, ON, he received a BA in Popular Music
Studies at Western University in 2009. Ian has performed across Canada and internationally in the United States, Mexico, Europe, Scandinavia and South Korea. Some of the acts Ian performed has with include Juno nominated artist Basia Bulat, Treble Charger, Pat Robitaille, Juno winning artist Shad, Mike Evin, Irene Torres and the Sugar Devils, Elvis Tribut...

Michael Herring is JUNO-nominated a double-bassist and composer based in Toronto who writes, performs and records across genre lines, equally comfortable in jazz as in folk, world, and pop/rock settings. Herring is a major contributor of original music to a number of groups that he leads and co- leads: Michael Herring Quartet, a chordless two-saxophone band drawing inspiration from 1960’s jazz, especially Mingus and Ellington; Way North (New York/Toronto/Ottawa collaboration with Petr Cancura, R...

Toronto native Jesse Whiteley is a young and passionate multi-talented pianist/keyboardist, singer, composer, arranger, and bandleader. He comes from a third generation of one of Canada’s most renowned musical families, the Whiteley family. Throughout his diverse musical life, Jesse has performed the gamut of musical genres from blues, jazz, swing, boogie woogie, rhythm and blues, to roots, and country.
Jesse began working professionally at age 17 with the Toronto All-Star Big Band. Throughout h... 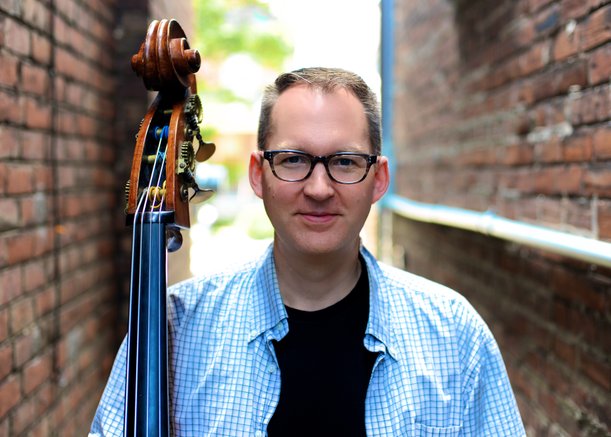 This exciting new trio of Canadian musicians presents a program of music dedicated to everybody’s favourite season - Spring! Music by Michel Legrand, Billy Strayhorn, Claude Debussy and many others will be featured in a style between jazz, classical, and everything else. Featuring London-born Andrew Downing on bass, MIchael Davidson on vibes and Aline Homzy on violin, this newborn trio brings together a myriad of genres into one intriguing hybrid you won't want to miss!

London, Ontario born Andrew Downing is a double bass player, composer and bandleader living in Toronto. Andrew graduated from the University of Toronto's Jazz Performance program. He has since then studied with Jack Winn, Dave Young, Don Thompson, Shauna Rolston and Joel Quarrington.

Andrew plays primarily in the creative jazz scene in Canada, but also performs in various genres. He has played with a diverse range of musicians. He is also a member of the David Occhipinti Quartet and the Lina Al...

Aline Homzy is a classical and jazz award-winning violinist and composer. From Montreal but living in Toronto, Aline is in high-demand as an improvising violinist, a teacher and as a session player around the world. Aline’s most important Toronto-based performances and collaborations have been with David Occhipinti, Michael Davidson and Andrew Downing. She has performed or recorded with Guido Basso, Barry Harris, Ben Wendel, Danilo Perez and many more. Aline has recently played at the Daigu Inte...

Michael Davidson is a Toronto-based in demand vibraphonist & composer in the improvised, jazz, and creative music scenes. In 2017 he was one of three finalists for the Toronto Arts Foundation’s Emerging Jazz Artist Award.
Michael has worked with many of the active jazz and improvised music players in Toronto and internationally including most recently a collaboration with saxophonist Roscoe Mitchell and 2 months of focused study with David Friedman in Berlin, Germany.
With bassist Dan Fortin, he...

Bringing live jazz to the historic heart of downtown London, ON.